But what are Clorox’s politics? According to our Goods Unite Us app, Clorox leans toward the Democratic party, but only with two-thirds of donations benefiting the left. Also, their campaign finance score is quite average at 43, mainly due to their medium (i.e., fairly significant) level of contributions. 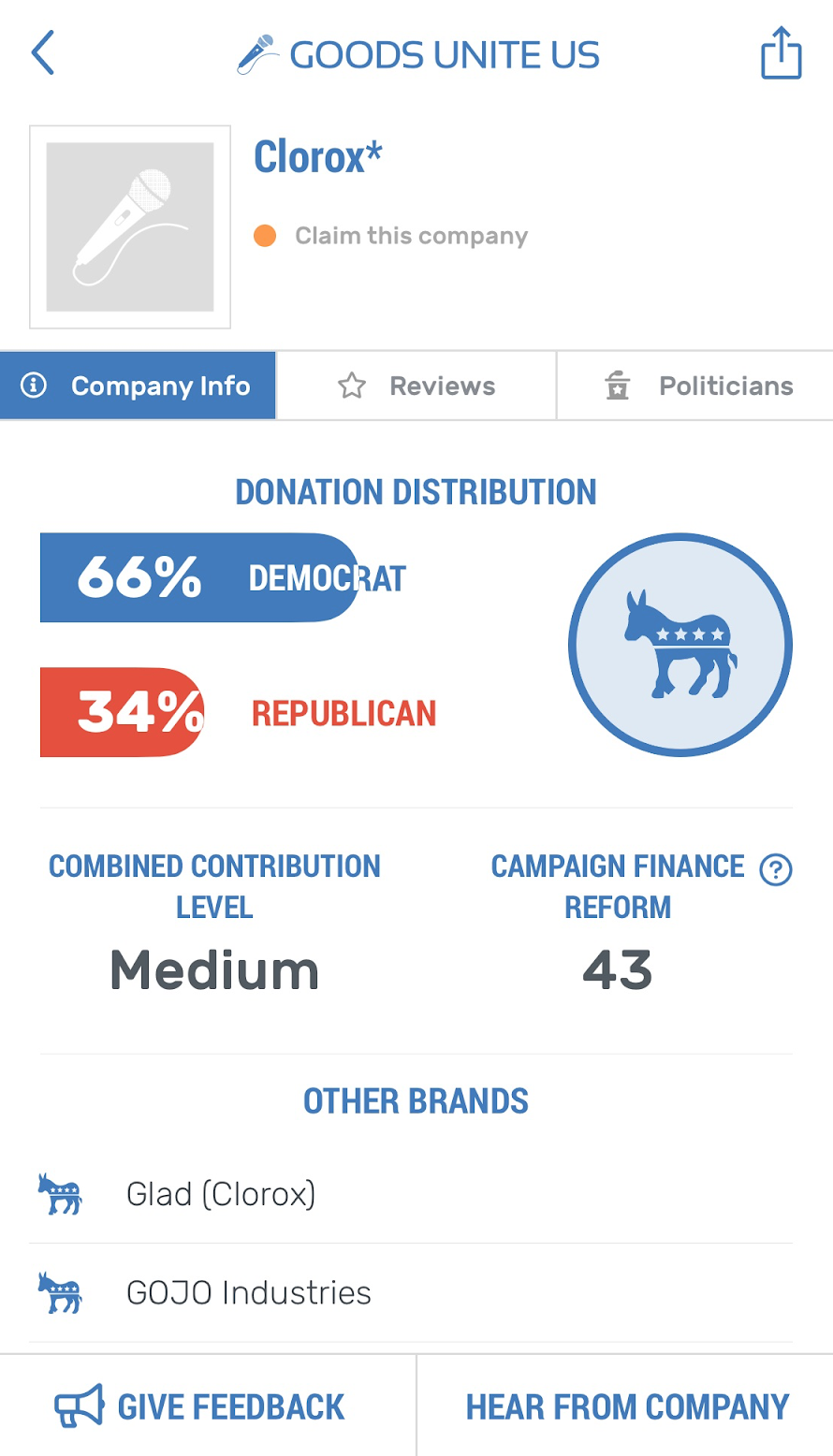 So, if Senator Gillibrand is truly committed to meaningful campaign finance reform (and would prefer to support a company more likely to endorse her Presidential bid and the Democrats altogether), she might want to turn to one of Clorox’s closest competitors… Lysol. 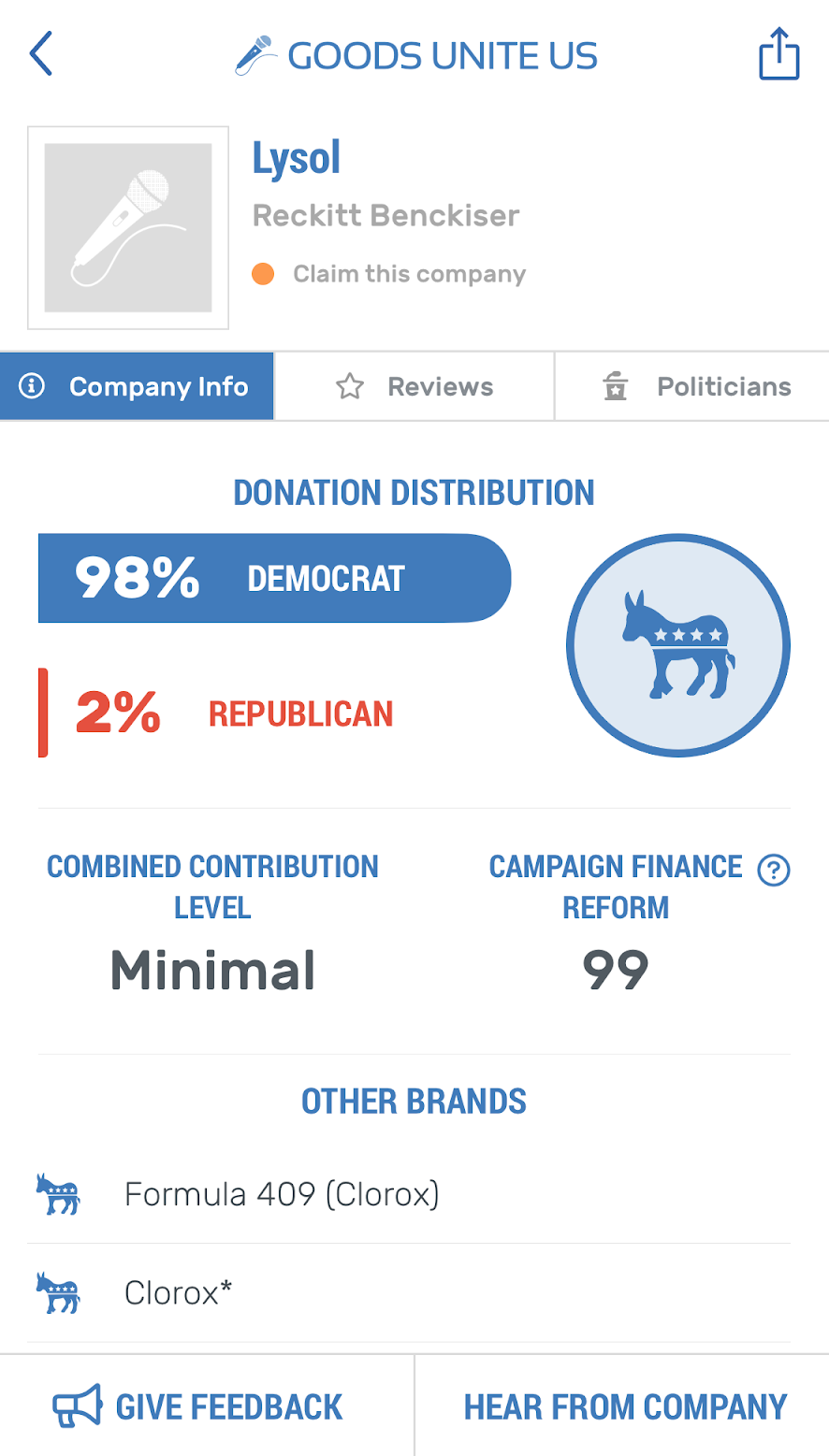 Without question, with a campaign finance reform score of 99 due to Lysol’s minimal contribution to politics, Senator Gillibrand would be much better served using Lysol on day 1 if she’s elected.

Senator Gillibrand’s comment from night two of the Democratic debates just goes to show how important our app is – even some of the most politically active citizens do not yet realize the impact of their everyday consumer expenditures! Why? Well, that’s easy: corporations don’t always want consumers to know how they are influencing politics.

Yet, at the same time, corporations relentlessly claim that they are not political in nature. But this is simply just not true. Even if a corporation does not donate directly to candidates and politics, their senior employees certainly can – and in many cases, they do!

Our app is providing a clear message to corporations across America: you can’t have it both ways! You cannot claim that you are not involved in politics, while at the same time funnelling millions  into campaigns. We are increasing transparency regarding corporate money in politics and hope more and more people will start to put their money where their vote is!