While Brazilian President Jair Bolsonaro has been under scrutiny and pressure due to the recent fires in the Amazon, many experts think that business interests, especially those of large-scale international food producers, are to blame for the fires. That’s because land clearance helps fires rage. And many scientists believe the increase in fires in the Amazon has been caused by the region’s increased deforestation.

So, if that’s the case, what companies are the root cause of the Amazon’s deforestation? Meat and soy animal feed companies, like Cargill, have definitely helped spur additional deforestation. And they’ve been taking heat recently because of it.

While the name Cargill may not be the most recognized brand in the U.S. (probably due to its focus on agricultural commodities rather than consumer products), it is one of the twenty-five most profitable U.S. corporations. To put that in perspective, Cargill is even bigger than Microsoft in terms of annual revenue!

While Cargill and similar companies may be helping to create the need for deforestation, other industries are also contributing to the trend, such as many restaurant chains, grocery stores, and food producers. Many companies (and people) benefit from low cost food production practices.

But what are the political affiliation of these brands that are getting blamed? Cargill, for instance, is 82% Republican and donates A LOT to politics.

Here are the political leanings of each of the brands connected with Cargill and/or this issue:

At Goods Unite Us, we want to help you become a more informed consumer. You can start by downloading our free app, where you can find information about all of these brands above, and four thousand more across all different industries! 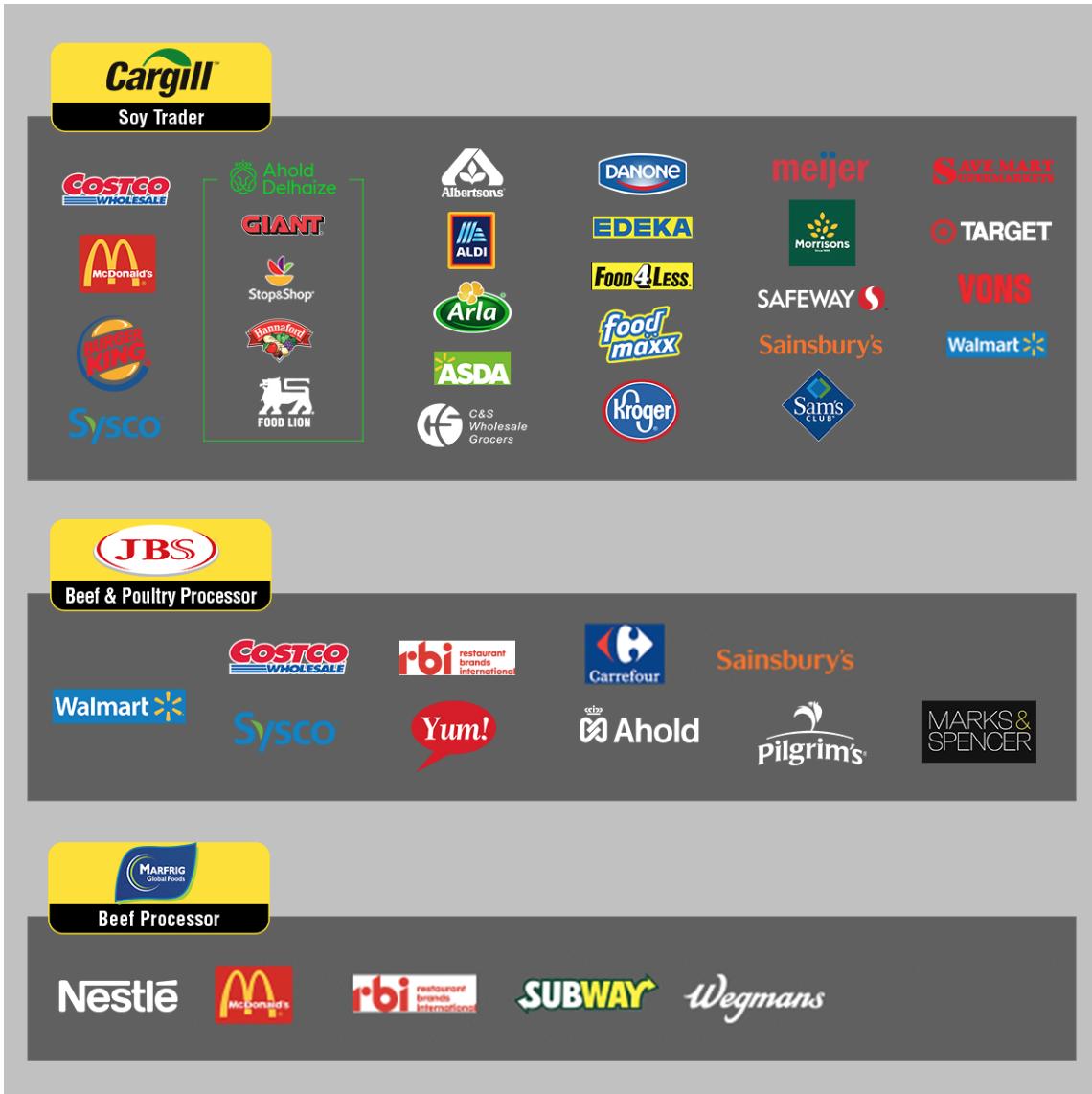