Goods Unite Us is going to the movies . . . and just in time for The Oscars this Sunday!

It may not be as obvious as when you buy a car or eat out at a restaurant. But when you go to a movie (or even when you watch a movie on television), multiple companies and people are making money off of your decision to consume their “product” (i.e., the movie).

The production company, movie distributor, producer, director, screenwriter, and the actors and actresses (among others) are all profiting off of your decision to watch their creation.

And it will probably not surprise you to know that those companies and people are also donating a lot of money – some of which came from your purchase – to politicians and PACs, many of which you might not agree with or support yourself.

Movies have been portraying and influencing politics for decades. Films like “Wag the Dog (1997),” “JFK (1991),” “Citizen Kane (1941),” and “Milk (2008)” have portrayed politicians and politics, and have done it well. But movies are not just about politics. They are a big business. And because the U.S. Supreme Court and our campaign finance laws allow large businesses and their senior executives to bankroll politicians, the movie industry – like most industries – has done more than its fair share of influencing politicians through large donations.

That’s why Goods Unite Us has decided to launch a Movie category in its app (HINT: we’ll also be adding TV shows soon).

Now you can check the “Movies” category in our app or on our website before watching a movie and be sure your ticket/rental price isn’t going to support politicians you don’t agree with.

OK, that sounds great. But what are the politics of each Oscar movie?

As of today, our app includes the politics of tons of movies (and we are adding more every day). We won’t list them all here. In honor of The Oscars this weekend, however, we’ve listed below the politics of each of the nine movies that have been nominated for best picture. Check our app to see the top five politicians associated with each movie as well! 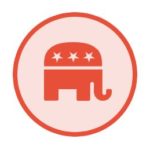 How do we calculate each movie’s politics?

Our app already includes movie theaters, television channels, streaming services, and many other companies that profit off of Hollywood. Now we are taking it a step further down the chain. Our overall political profile of each movies includes the aggregate donations to Democrat and Republican politicians and PACs from the following:

We add up the donations made to PACs and politicians for all of these companies and people for each movie, and hey presto, now you know the politics of your favorite movie!

At Goods Unite Us, our mission is to allow everyone to be able to shop and spend money according to their political beliefs. Our foray into movies is just one more step in that direction.

If you have comments or questions about why we are doing this, or how, feel free to email us anytime at info@goodsuniteus.com.

Now, get back to that favorite movie you were watching . . .