Unlike most political issues that involve hundreds of legislators, it’s relatively easy to identify which corporations had the largest financial impact on flipping the Supreme Court conservative.

It’s the corporations who bankrolled the campaigns of the U.S. Senators who voted to confirm our two newest, conservative Supreme Court justices: Amy Coney Barrett in 2020 and Brett Kavanaugh in 2018.

Since we’re a company focused on transparency, we knew we had to figure out who has been bankrolling the Senators who confirmed these two conservative justices. So, we jumped into the data right away. And our research team hasn’t slept much since.

Now, we’re ready to release the (now triple-checked) results. And they might surprise you.

But first, here’s the list of the Senators who voted to confirm Justices Barrett and/or Kavanaugh: 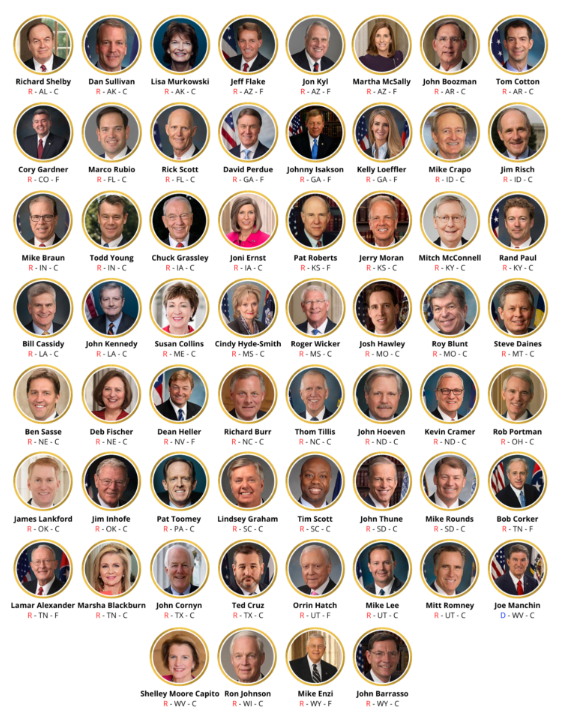 To figure out which companies have given the most to this list, we scoured the Federal Election Commission’s publicly available political contribution data. We looked at only corporate contributions (not including senior executives) because those are clearly coming from the company.

And here are the top 25 companies ranked by total contributions to this group of Senators: 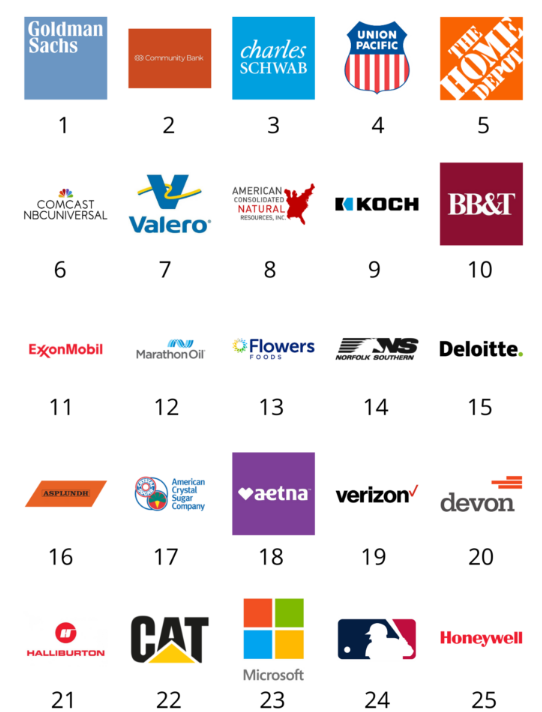 Why should you care about who these companies are donating to?

Companies financially support politicians through their political action committee (PAC) contributions. And these PACs give a lot more than most individuals. Corporations therefore have an outsized voice in politics. And we think people should hear what they’re saying.

As a company, we exist to help people align their purchases and investments with their politics. When you do business with a company, the company usually makes a profit. When that company then contributes those profits to politicians doing things you do not agree with, you are inadvertently undermining your own political beliefs and values.

(Pro tip: if you can’t remember the list above, just download our free app on your phone, and look in the Anti-Roe category.)